-->
Home Dubai Fashion Lifestyle Behind the scenes of the September issue

Behind the scenes of the September issue 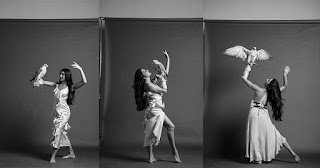 The first time I visited Moscow, strangeness reigned. Monkeys travelled on the metro, curled in their handler’s arms and clad in Swarovski tracksuits. Strict facial recognition controlled access to vast barges that doubled up as nightclubs, pulsing on the city’s river. In the dusk of one morning, a girl nonchalantly rode her horse up Tverskaya, one of the busiest throughfares in Moscow. As for dining, “go to Georgian restaurants”, it was advised. The fact that even locals were recommending their neighbours’ cuisine made it evident that the restaurant scene needed some rejuvenation. But the city, and country, is changing.

Louise Tam travelled to her grandmother’s hometown to find out how chefs are driving forward fine dining whilst still retaining their weird and wonderful joie de vivre (p50). Elsewhere, Emily Manthei’s Neighbourhood guide (p42) looks at what she calls the ‘wise elder’ of LA, Highland Park – replete with beloved local landmark, Chicken Boy. “In the past few years, celluloid archeologists have pulled back the neighbourhood’s layers and exposed long-dormant cultural gems,” she says. It is a reminder that uniqueness in neighbourhoods, in countries – even in nations – must be preserved.

Our September cover feature is on the dancers of Dubai, which made a photoshoot in the city an almost happy inevitability. Capturing the cover image was renowned Mumbai-based photographer Karan Kumar Sachdev,  who worked with the classically-trained contemporary dancer, Giselle Farahat. She took on the challenge of working with our Arabian falcon with aplomb; in one moment, performing a grand jeté across the room whilst the falcon beat its wings – bird and woman almost appeared to be partners in dance.

You can read the issue in full here.

Behind the scenes of the September issue