-->
Home New York News Tech Tesla shorts are having a much, much better year than in 2020

Tesla shorts are having a much, much better year than in 2020 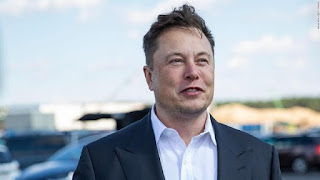 New York, StreetsOfNaija - Those betting against Tesla shares are doing very well so far in 2021, following a disastrous 2020, as shares have lost about a third of their value over the last four months. There just are fewer people shorting the stock this time around.

Investors who want to bet on a stock dropping in value will do what is known as shorting the shares. Sometimes they do that by buying what is known as a "put option," which give investors the right to sell a stock at a specified price.

While shorting a stock pays off if the stock price falls, it can cause unlimited losses if the stock price climbs. And in 2020, when Tesla (TSLA) shares soared 743%, it resulted in unprecedented $40 billion in losses for those shorts, according to analysis by S3 Partners.

But so far this year the Tesla shorts are up $4 billion, at least on paper, according to S3, by far the best performance of short positions on any stock in the market. That's more than the estimated profit short sellers made on the next four most profitable companies they targeted: chipmaker AMD (AMD), Chinese electric vehicle maker Nio (NIO), streaming provider Fastly (FSLY) and solar energy company Sunrun (RUN).

The short seller's profits have got to be angering Tesla CEO Elon Musk. While few if any CEOs like investors who short their stock, Musk has waged a long-running and very high-profile feud with Telsa's shorts.

This past week high-profile short-seller Michael Burry disclosed that he has taken a large short position, holding put options on more than 800,000 Tesla shares, worth about $534 million, as of March 31. Burry became famous in the Michael Lewis book and later the movie made from it, "The Big Short," for his bets against the housing bubble ahead of the Great Recession

Burry is actually bucking a trend by increasing his short position on Tesla shares. Perhaps surprisingly for a company with more short interest than any other stock, the number of shares being shorted has been falling steadily this year.

S3's analysis shows Tesla shares worth about $22 billion have been shorted. That's down 22%, even as the company's stock price has been steadily falling into bear market territory.

"This year, with the stock price is going down, I was surprised some of the shorts have lost some of their conviction," said said Ihor Dusaniwsky, managing partner at S3. "It's been a gradual and steady decline. It's not really following logic."

The share price decline means some investors who rode the rise in Tesla shares last year are trimming or exiting their positions. One is Scottish fund manager Baillie Gifford & Co., one of Tesla's largest institutional shareholders, which disclosed in a filing earlier this month that it sold 11.1 million shares of Tesla during the first quarter, on top of 7.4 million shares it sold in the last three months of 2020 -- moves that trimmed its holdings by more than half.

And there is growing concern even among Tesla bulls that its shares could be overpriced, said Daniel Ives, tech analyst at Wedbush Securities. Its market value is equal to the value of the world's five largest automakers ranked by vehicle sales -- combined.

Ives still has a $1,000 target price for where he expects shares to be in 12 months. But he said after reports of weak Tesla sales in China in April that investors are nervous about its second quarter profit and sales outlook.

Still, many short investors probably don't have the stomach to bet against Tesla after their massive losses in 2020, Ives said, even with its recent slide in price and the risks ahead.

"Many shorts are not ready to press their luck with Tesla right now," Ives said.

Tesla shorts are having a much, much better year than in 2020